Posted on May 23, 2019 Posted By: Bashaw United ChurchCategories: Blog 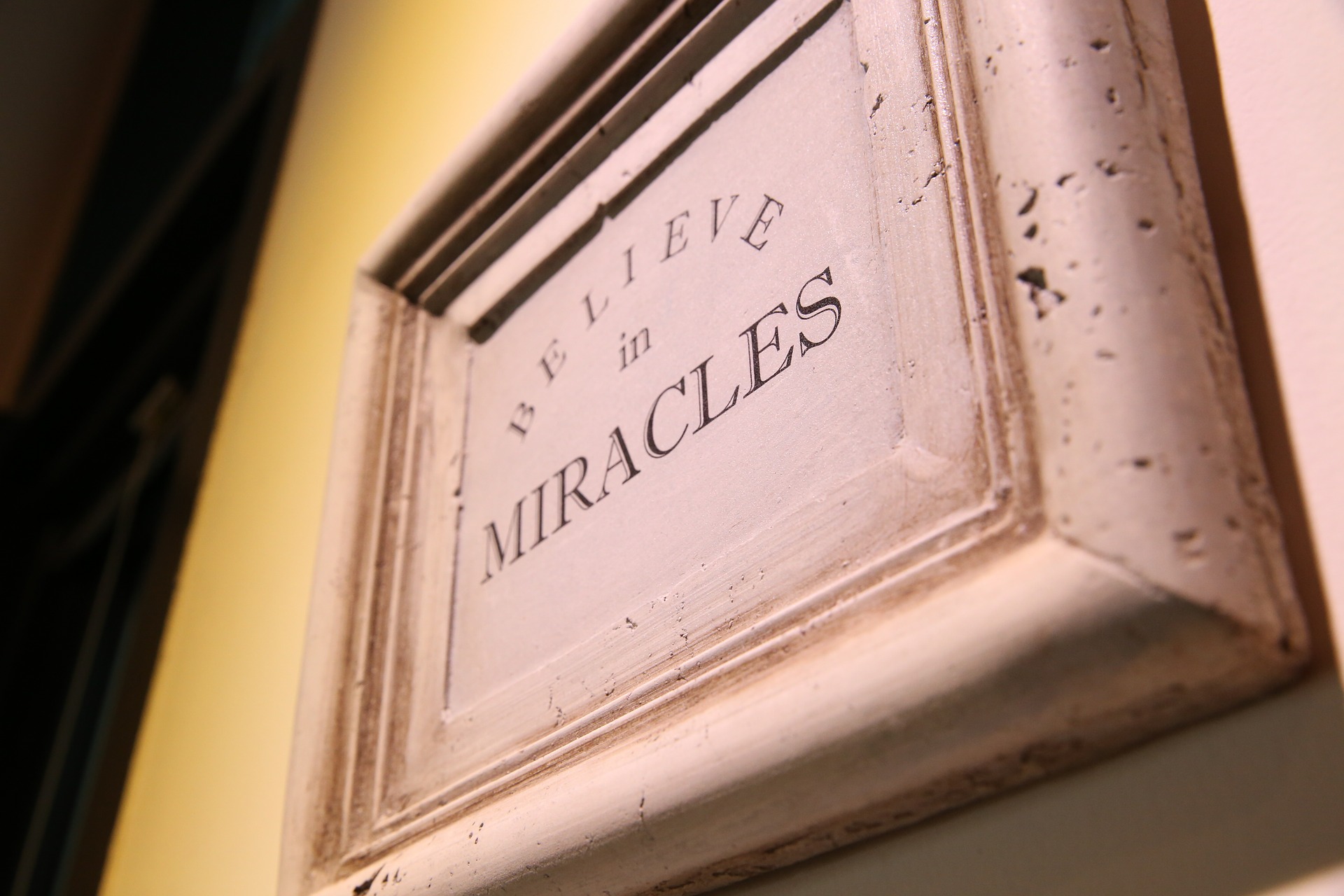 There are over thirty stories of Jesus performing miracles in the four gospels. Some of those might be shared stories, but that’s just the ones we hear about. As the epilogue added to the end of John’s gospel suggests, there were lots more that: “if every one of them were written down, I suppose that the world itself could not contain the books that would be written.” I agree, and wonder about what some of those might be.

But that’s for another time. I’m interested in a particular healing miracle today, and healings form a significant part of the total number of miracles.

Actually, now that I think about that, I think one could argue that all the miracles are healing miracles. Turning water into wine, a miraculous catch of fish, feeding the crowd, calming the storm, isn’t there healing of some kind happening in each of those? Isn’t there a broken moment healed, a discontinuity restored, a destructiveness ended, a sense of wholeness found?

That’s worth remembering when considering the “miracle” aspect of these stories. I think, for some people, the stories start to lose some of their miracle-ness when we start to talk about them. In other words, we can get lost in the “is it a real physical miracle that reflects the divine power of Jesus or is it a metaphor for a spiritual healing or is there a perfectly logical explanation of what happened” debate.

Just to be clear: whether you believe it to be A, B or C above, it’s still a miracle. Really. And all those approaches are legit ways to talk about the story because they reflect our relationship with Jesus: alive in the world, alive in our hearts and alive in our hands. As I think Jesus would say, there’s no “either/or” here: it’s all “with/and.”

There’s a story early on in the Gospel of John about Jesus coming to a healing pool at Bethesda. It’s a place where people gathered to be physically healed by the waters which, legend has it, are occasionally stirred up by the wings of an angel. The first into the pool after that happens can be healed by the water. Jesus meets a man who’s been there many years and asks him if he wants to be healed. He says that he doesn’t have anyone to help him into the water, so he’s never been fast enough to be the first. Jesus replies “get up and walk” and the man is healed. And, by the way, this happened on the sabbath. (John 5:1-9)

There’s a lot there, I think, that makes this one special among healing stories. The man doesn’t approach Jesus (Jesus approaches him); his infirmity is never described; his response to Jesus asking him if he wants to be healed isn’t “yes” but rather a reason why he thinks he’s still there (and it’s not him); there’s no mention of his faith or even an indication that he believes Jesus could do anything; there’s no expression of joy or faith once he’s healed; and, bonus, Jesus heals him on the sabbath.

To me, it’s almost as if John wanted to make sure that Jesus covered all the bases (A, B, C above), and do it proactively, so that our attention might be drawn not to one thing, but to the wholeness that brings real life and that Jesus will bring that to us, whether we seek it out or not.

Wholeness isn’t just about physical or spiritual healing, it’s about both, together. Notice, too, that Jesus doesn’t help the man into the pool (or take any action, for that matter), he doesn’t repeat the question to get the right answer, he doesn’t say “be healed” or anything other than simply “get up.” Whatever the physical issue, the man had been there a long time, long enough perhaps to give up or get used to his life or simply stop caring. He needed more than physical healing.

This might also be a story to open the door on our thinking about what language we use with people with disabilities. Most translations describe this man as an “invalid.” Think about that for a moment and what the connotation of that word means to a human being. “People first” language isn’t just about etiquette, it’s about inclusivity and that’s a key piece of wholeness.

Jesus heals by restoring connection, by empowering the marginalized to know they are valued for who they are, just as they are. Whatever the physical healing, the heart and spirit must also know love. And we, like Jesus, can do that too.